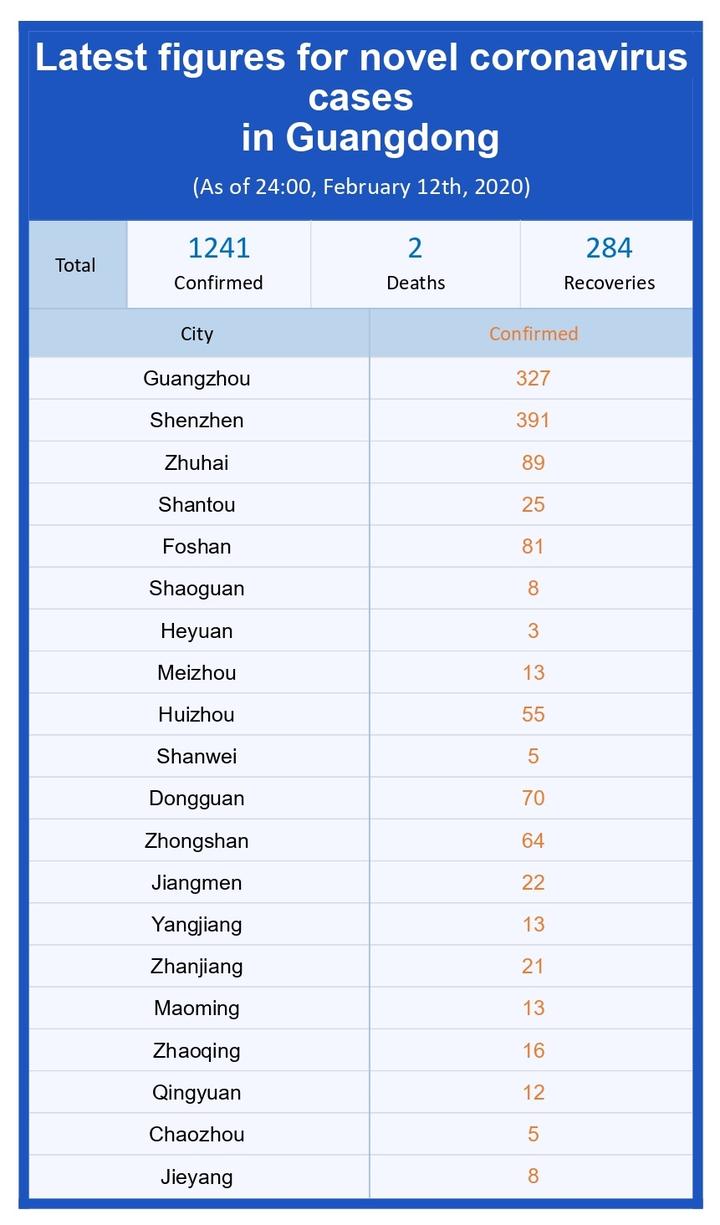 The Pakistani student under the Chinese name Wei Xing was cured and discharged from the Guangzhou No.8 Hospital at 10 a.m. on February 12th. He is the first foreign patient to have recovered from the novel coronavirus pneumonia in Guangzhou. A total of 5 expats have recovered to date in Guangdong.

Guangdong reported 22 new cases, raising the total number to 1,241 as of midnight February 12th. The province reported 2 deaths in total, and a total of 284 people have been discharged from hospital. A total of 123 suspected cases were reported and 3,123 people are under observation.

Wei had travelled to Guangdong from Wuhan, capital of Hubei Province, in the middle of January, and developed symptoms on January 26th and was confirmed as having the virus the next day. After treatment, his temperature remained stable and he has passed the health tests required before being allowed to leave the hospital.

Luo Jun, deputy director of the Foreign Affairs Office of Guangdong (GDFAO), said that the Chinese Ministry of Foreign Affairs and the GDFAO are deeply concerned with the wellbeing of foreign nationals in Guangdong including Wei.

Throughout Wei’s period of hospitalisation GDFAO maintained close connections with the Consulate General of Pakistan in Guangzhou. The designated hospital has been doing its utmost to treat the patient under the guidance of Guangdong Health Commission. Guangdong government and related departments will continue to take similarly good care of expats in Guangdong throughout the epidemic, providing them with all necessary assistance.